July 28, 2005-present
Nick Cannon Presents Wild 'N Out or simply (Wild 'N Out) is a American improv comedy show created, executive produced, and hosted by comedian, Nick Cannon. The show debuted on July 28, 2005 and concluded in 2007 on MTV. In 2012, it was announced that the series would be renewed for a fifth season and would start airing on MTV2. The show's fifth season premiered on July 9, 2013 which aquired 1.1 million viewers which made it the highest-rated telecast in MTV2 history. The show aired on MTV2 for two more seasons until the show began airing back on it's home channel on MTV since it's eighth season.

The show features two teams, a team (Red, Platinum, Black, Gold, Old School, Revolution) led by host Nick Cannon and the opposing team (Black, Platinum, New School, Evolution) being led by a celebrity guest(s) in which they battle in comedic "improvisational" games. After completing the first three games, the two teams freestyle battle against each other in the bonus round known as the "WildStyle" in which points are added to the team's total score and if the celebrity captain's team wins, the Team Captain wins Nick Cannon's Comedy Championship Belt or if Nick's team wins then he gets to keep his belt. 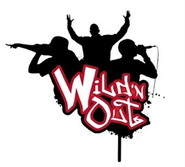