14-present
Santwon McCray (or simply Santwon) is an American choreographer, cheerleader, singer, actor and comedian. As of Season 14, he is one of the recurring cast members of the improv comedy show Wild 'N Out on VH1 and MTV.

Throughout his athletic career, Santwon has raked in over 150 national championship titles, won 4 world championship titles (1 of which he was part of Team USA's national team), and a 5-time NCA Collegiate All-American. Another major aspect of his childhood was singing, Santwon grew up as a southern church boy in the choir and from there on, he joined the vocal ensembles in school every year 'till he graduated from Floyd E. Kellam High School in Virginia Beach, Virginia.

Later, he went on to attend the University of Louisville where he pursued a degree in communications. In 2014, Santwon made the move to Los Angeles, California where he currently resides. So far he has worked with Kevin Hart, Floyd Mayweather, Wesley Snipes, Manny Pacquio, Jordin Sparks, Vonzell Solomon, GloZell, Pentatonix, Dean McCarthy, Cody Saintgnue, Todrick Hall, RuPaul and many more. His goal is to become a superstar in action-comedy film & TV.

As a former collegiate, all-star and Team USA cheerleader, Santwon has an extensive athletic background with the accolades to match. This up-and-coming talent brings his own unique flair and energy to the table. 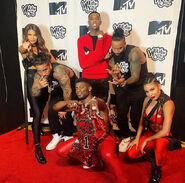 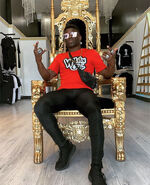 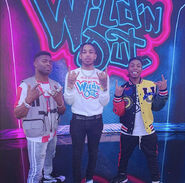 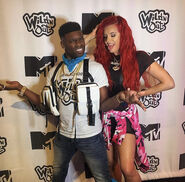 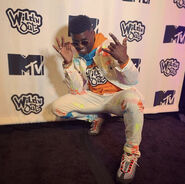