1998-present
Nick Cannon is an American rapper, comedian, director, writer, record producer, entrepreneur, television host, radio personality, philanthropist, and actor best known for being the creator, host, and executive producer of the improv comedy show Wild 'N Out on MTV, VH1 and MTV2. As a teenager, he starred as a cast member and writer in All That on Nickelodeon, and is a former host of American's Got Talent on NBC. Cannon has also done acting in movies such as Drumline, Love Don't Cost a Thing, Roll Bounce, and Chiraq.

Nick started his television career as a writer, warm-up, then finally a new cast member in the fifth season of the sketch-comedy show All That on Nickelodeon and continued as a cast member until it's sixth season. He soon went on to host his own show The Nick Cannon Show, which also earned him his first "Kids' Choice Award" for “TV Actor”. Upon signing with Jive Records, Cannon appeared with Lil' Romeo and 3LW on the cover song "Parents Just Don't Understand" for the soundtrack of the 2001 animated Nickelodeon film Jimmy Neutron: Boy Genius.

In 2003, his television series was cancelled after two seasons but Cannon had already started pursuing his film career as he starred in films such as Love Doesn't Cost A Thing, Men in Black II, and his most known film role as "Devon Miles" in Drumline. In the same year, he released his self-titled debut studio album which featured his hit single "Gigolo" featuring singer/record producer R. Kelly, who helped co-wrote and produce the track.

In 2005, Nick created, executive produced, and hosted his new improv comedy show Wild 'N Out on MTV, which aired for 4 seasons before going on six-year hiatus. Along with Wild 'N Out, Cannon created, occasionally starred in, directed, and executive produced a sketch-comedy series titled Short Circuitz that aired on MTV before being cancelled for one season due to low ratings.

In 2012, Cannon signed a deal with NBCUniversal to make unscripted and scripted material for their network. In the same year, Cannon stepped down from his radio show "Cannon's Countdown" from CBS Radio due to his health issues. It was also announced by MTV that Wild 'N Out would be returning for a fifth season.

In 2013, due to popular demand by fans of the show, Cannon brought back Wild 'N Out with a new cast of talent and moved the show to New York City and MTV2 for it's next two seasons, the show would later move back to airing on MTV when it's eighth season premiered. In the same year, Cannon created and executive produced a sketch-comedy show titled Incredible Crew, which aired on Cartoon Network for 1 season before being cancelled. He also co-hosted alongside Shaquille O'Neal for Cartoon Network's third annual Hall of Game Awards. He also began starring as a fictionalized version of himself in the reality television parody show Real Husbands of Hollywood on BET.

In 2014, Cannon made his directorial debut with the comedy drama film, School Dance, which was released on July 2, 2014 along with his second studio album, White People Party Music on the same day. Cannon then executive produced and reprised his role as Devon Miles in the direct-to-TV movie sequel, Drumline: A New Beat, which aired on VH1 on October 27, 2014. While continuing to host Wild 'N Out and America's Got Talent, Cannon hosted his own reality clip show on NBC titled Caught On Camera with Nick Cannon for 3 seasons, had a lead role in the Spike Lee directed film, Chiraq, and was the Chief Creative Officer for Radioshack. He later released his second mixtape, The Gospel of Ike Turn Up: My Side of the Story and then released a separate single titled Hold On on iTunes.

In 2017, Cannon premiered his second Showtime comedy special "Stand Up, Don't Shoot" on February 11, 2017 and later announced his resignation as host of "America's Got Talent" on his social media after he made some controversial comments about NBC in the special and heard about how they took firing him into consideration. In August 2017, he released his second independent film that he directed, wrote, executive produced, and starred in titled King of the Dancehall on YouTube Red and Russell Simmons' "All Def Digital" YouTube channel.

In 2018, he directed, co-written, produced, and starred in an independent film that centers around a women's basketball team titled She Ball, which stars Chris Brown, Birdman, Cedric the Entertainer, and Faizon Love. The film was released on August 6, 2021 on VOD by RedBox Entertainment. Aside from hosting Wild 'N Out, Cannon began hosting the children's reality competition series Lip Sync Battle Shorties with JoJo Siwa on Nickelodeon. On June 1, 2018, Cannon released his third mixtape "Calling All Models: The Prequel" which is a prequel to the album that he plans to release before the end of 2018. On August 12, 2018, Cannon hosted and produced the 2018 Teen Choice Awards.

In 2019, Cannon began hosting the reality competition series, The Masked Singer on Fox. In February 2019, he guest hosted a few episodes of The Wendy Williams Show, taking over for Wendy during her leave of absence from the show.

In May 2021, it was announced that Cannon would be hosting his own daytime talk show “Nick Cannon Show” which officially premiered on September 27, 2021. 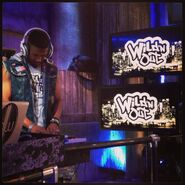 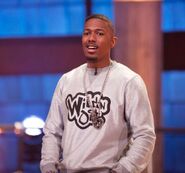 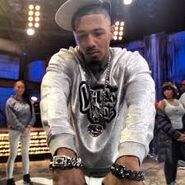 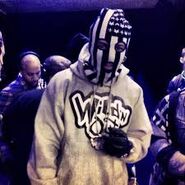 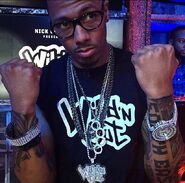 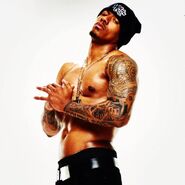 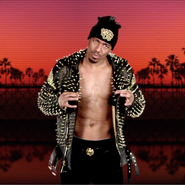 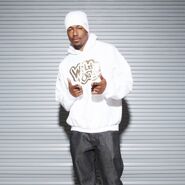 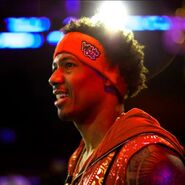 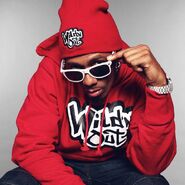 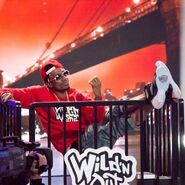 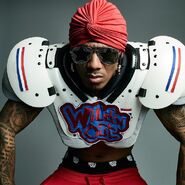 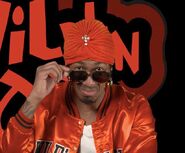 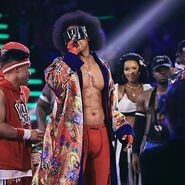 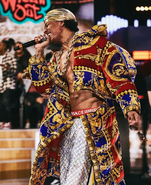 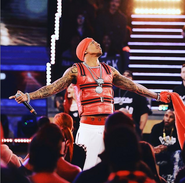 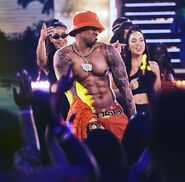 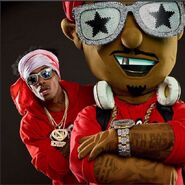 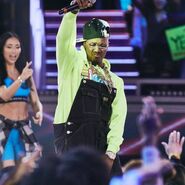 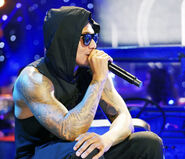 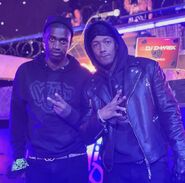 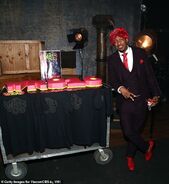