2001–present
Jin Au-Yeung, better known as MC Jin is a Asian American rapper, songwriter and comedian. As of Season 14, he is one of the recurring cast members until Season 15 of the improv comedy show Wild 'N Out on VH1 and MTV.

MC Jin is a Miami-born rapper, actor and comedian. He is best known for his groundbreaking performances on BET's Freestyle Fridays on 106 & Park in the early 2000s and as being the first Asian-American solo rapper to sign to a major record label. Jin has appeared in various films including "2 Fast 2 Furious" and "Revenge of the Green Dragons." Recognized by many as an Asian-American pioneer in mainstream hip-hop, Jin splits his time bridging the entertainment gap between the United States and Asia. 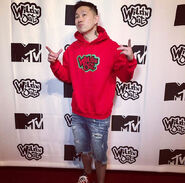 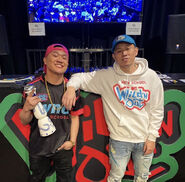