2013-present
Jay Cole is an American comedian and actress who is known for her comedy sketches on Instagram and Vine. As of Season 14, she is one of the recurring cast members of the improv comedy show Wild 'N Out on VH1 and MTV.

Jaimesha Thomas, known as "Jay Cole" on Instagram, is a comedian, writer and social media sensation born in our nation's capital, Washington, D.C. Known as "D.C's funniest female public figure," Jay Cole aspires to be an A-list actress with her very own television show. In 2018, Jay Cole won BET's LMAO! social media award for videos that not only went viral but were reposted by some of the biggest celebrities, causing smiles worldwide. Alongside Jay Cole's charismatic and comic ways, she is also a woman of God. After her cameo appearance in Megan Thee Stallion's "Hot Girl Summer" video and signing on as a cast member on MTV's Wild 'N Out, Jay Cole is looking to turn it up with funny content and bigger projects. 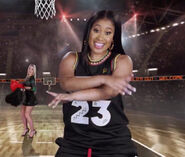 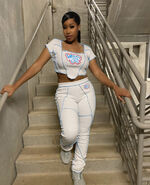 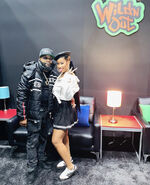