2015-present
Clayton English is an American stand-up comedian, actor and writer. He was one of the recurring cast members from Season 12 to Season 13 of the improv comedy show Wild 'N Out on MTV and VH1. He is also known as a member of the 85 South Show podcast with fellow cast members DC Young Fly, Chico Bean and Karlous Miller.

Originally from Atlanta, Clayton English is a stand-up comedian, actor and writer. He started his acting career in the role of Peanut on Tyler Perry's "House of Payne" and went on to win NBC's "Last Comic Standing" in 2015. Clayton is currently headlining clubs, colleges and festivals nonstop throughout the country. Clayton has also featured for comedy greats including Dave Chappelle and Bill Burr and was named a New Face at the Montreal Just for Laughs Comedy Festival. Clayton's recent television appearances include "Love" on Netflix, "Brooklyn Nine-Nine," "A.P. Bio" and "Comedy Knockout." 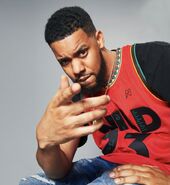 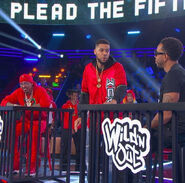 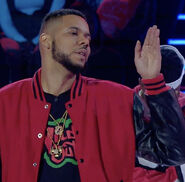