2002-present
Bobb'e J. Thompson is an American actor, rapper, and comedian best known for his roles as "Stanley" in That's So Raven, "Jimmy Mitchell" in The Tracy Morgan Show, and his short-lived television show Bobb'e Says on Cartoon Network. He has also appeared in films such as Role Models, Fred Claus, and School Dance. As of Season 11, he is currently one of the recurring cast members of the improv comedy show Wild 'N Out on MTV and VH1.

Thompson rose to prominence as a child actor at the age of 5, he soon had his film debut in the comedy film My Baby's Daddy starring as "Lil Tupac". He soon became a regular on the short-lived sitcom The Tracy Morgan Show and eventually became even more well known for his role as "Stanley" on That's So Raven. Thompson continued to star in film roles such as Fred Claus and Role Models which earned him a nomination for the MTV Movie Award for Best Breakthrough Performance - Male in 2009. Then in 2009, Thompson starred in Land of the Lost with Will Ferrell and the family comedy Imagine That starring Eddie Murphy. He then hosted his own clip television show titled Bobb'e Says which lasted for one season on Cartoon Network.

In 2010, Thompson started starring as "Marcus Rivers" in commercials for Sony Computer Entertainment and a year later began starring in the sitcom Tyler Perry's For Better or Worse. Thompson would continue to star in small or recurring roles in television sitcoms for the next few years until he starred as "Jason" in the independent comedy film School Dance which was directed and co-written by Nick Cannon.

In 2018, Thompson made a return to television as a cast member of the improv comedy show Wild 'N Out on MTV.

In 2021, Thompson starred in the VH1 original Christmas film, Miracles Across 125th Street, which was written and directed by Nick Cannon and his fellow cast members Santwon, DC Young Fly, Charlie Clips and Vena E.. 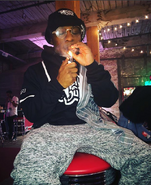 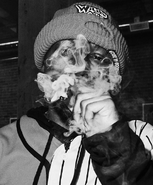 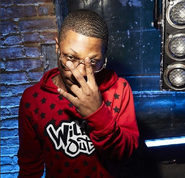 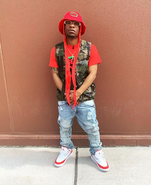 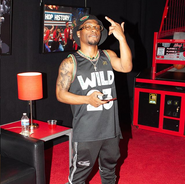