2017-present
Aida Osman (or Aida Goitom) is an American comedian, actress, writer and rapper who is one of the new cast members from Season 14 of the improv comedy show Wild 'N Out on MTV and VH1.

Aida Osman is a comedian and actress who writes for Netflix's "Big Mouth." She is also a co-host of the incredibly popular Crooked Media podcast "Keep It" alongside Louis Virtel and Ira Madison III. She previously served as an actress and staff writer on the Complex Media sketch show "Group Therapy." Before coming to Wild 'N Out, Aida performed warm-up comedy for "Vice Live," was a panelist on MTV's Need to Know and acted in the Comedy Central digital sketches "You Didn't Wanna Know" and "They Follow." Originally from Lincoln, NE, Aida spends way too much time on Twitter, where she swiftly built up a fan base due to her observational musings, comedy and rap videos, and the occasional mental breakdown. 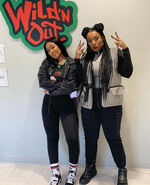 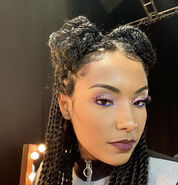