1995-present
Affion Crockett is an American actor, rapper, writer, comedian, dancer, and record producer who is best known for being one of the recurring cast members from Season 1 to Season 4, and later returned to the show in Season 15 of the improv comedy show Wild 'N Out on MTV and VH1. He has also made appearances in films such as Soul Men, A Haunted House 1 & 2, and Welcome Home Roscoe Jenkins. He also hosted his own short-lived television series titled In the Flow with Affion Crockett that aired on FOX for one season.

Crockett appeared in HBO's Def Comedy Jam in 1996, demonstrating his impressions and physical comedy. He has also been on CSI: NY, NYPD Blue, and The District. He was also a recurring cast member on the improv comedy show Wild 'N Out hosted by Nick Cannon and also a short-lived sketch comedy show titled Short Circuitz which was also created by Cannon. He has also appeared on Curb Your Enthusiasm as "Car Customer #2" and Cedric the Entertainer's Show. Crockett also co-starred in the films, Dance Flick with the Wayans Brothers, Welcome Home Roscoe Jenkins with Martin Lawrence, and Soul Men with Samuel L. Jackson and Bernie Mac.

Crockett starred in and produced his own sketch comedy show for Fox called In the Flow with Affion Crockett which was executive produced by Jamie Foxx. The show was cancelled due to low ratings. On November 6, 2012, he released his debut comedy album, Watch the Clone which he wrote, rapped on, and produced by himself. In 2013, Crockett starred in Marlon Wayan's A Haunted House as Ray Ray and also made a return in it's sequel a year later. He also starred in another spoof film made by Marlon Wayans titled Fifth Shades of Black , which was released in January 2016. 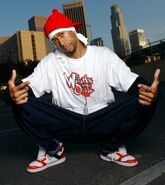 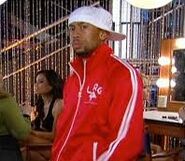 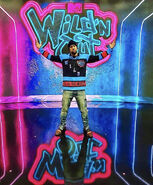